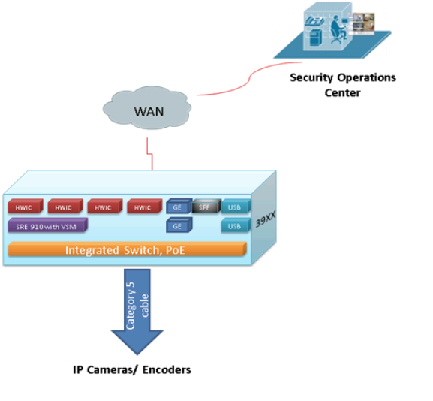 A local company with several office branches and warehouses made use of separate analog video surveillance systems at each location.   Recorded video data was stored on the hard drive of the computer at the individual facilities, which rendered it vulnerable to break-ins, where the equipment could be tampered with or stolen, as well as to disasters like fire and water damage.   Maintenance of the equipment and monitoring of the video was complicated by the fragmentation of the separate systems, requiring multiple overseers.  To overcome these drawbacks, the client decided to upgrade the technology with a centralized set-up where the data would be consolidated and stored at a single secure location.

AlfaNet solved the problem by implementing a Cisco Video Surveillance UCS Platform.  New cameras were installed at all the locations and connected to a centralized system where one person would manage operations.

The client benefited significantly from the replacement of an old analog video surveillance system with a new centralized platform making use of the latest technology.  Maintenance costs were sharply reduced by consolidating the storage of data in a single location where it could be more efficiently monitored.  Security was enhanced through superior storage, organization, and backups of the data, that consolidated in a single facility with superior layers of defense, was better protected against theft, damage, loss and disaster.

Tweets by
Go to Top